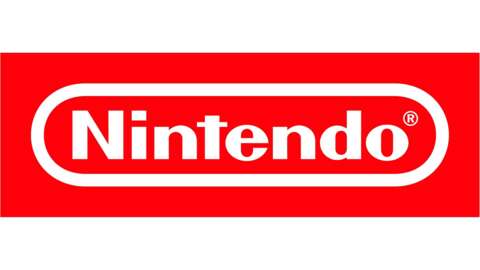 Nintendo is still pursuing a permanent injunction against RomUniverse owner and operator Matthew Storman–which in non-legal speak means that Nintendo wants to prevent Storman from ever reviving RomUniverse.

In June 2021, Nintendo successfully won a lawsuit against Storman. US District Court Judge Consuelo Marshall ordered Storman to pay $2.1 million copyright and trademark infringement damages to the gaming behemoth. The exact math behind the $2.1 million sum Storman owes to Nintendo breaks down to $35,000 statutory damages for each of the 49 copyrighted Nintendo games that were on the site and an extra $400,000 in statutory damages under the Lanham Act.

Want us to remember this setting for all your devices?

Please use a html5 video capable browser to watch videos.

This video has an invalid file format.

Please enter your date of birth to view this video

By clicking ‘enter’, you agree to GameSpot’s

Nintendo originally wanted $90,000 in damages per game, totaling to a sum of $15 million. But the judge thought that Nintendo’s asking price was too high, especially since Storman had already closed his site and as a result, did not possess a stream of income anymore.

According to a documents obtained by Torrentfreak, judge Marshall stated, “Considering Defendant’s willful infringement, the Court finds $35,000 statutory damages for each infringed copyright […] would compensate Plaintiff for its lost revenue and deter Defendant who is currently unemployed and has already shut down the website.”

While the judge was largely on Nintendo’s side, she did not grant the company’s request for a permanent injunction against Storman. Judge Marshall ruled that Nintendo did not suffer irreparable harm from RomUniverse’s activities, a decision that Nintendo is contesting in its latest filing against Storman.

In a new court document obtained by Torrentfreak, the company argued that under the new Trademark Modernization Act, trademark infringers are automatically committing an act of irreparable harm. Following that logic, Nintendo is once again asking for the courts to issue a permanent injunction against Storman and prevent RomUniverse from coming back online.

In the same document, Nintendo also complained that Storman hasn’t been making the court-ordered $50 per month payments on the damages he owes to the company.

At $50 per month, it would take Storman 3,500 years to pay Nintendo the required $2.1 million. Considering that the human lifespan is at a maximum around a 100 years or so…you can do the math from here on whether or not Nintendo is going to see even a fraction of $2.1 million from RomUniverse’s owner.

Storman has also filed his own motion, appealing for the courts to reconsider the previous ruling and cancel the $2.1 million he owes to Nintendo.

Nintendo has history of being very litigious-happy and a fierce protector of their IPs. The company shut down a bunch of fan-made games through the years, like Pokemon Prism and No Mario’s Sky in 2016. Nintendo also sued an individual named Gary Bowser earlier this year for creating and selling Switch hacks.

Watch live streams, videos, and more from GameSpot’s summer event.
Check it out

Soapbox: Without A Dedicated Handheld Division, Is Nintendo Less Weird?

Lost Judgment Review — Back To School

Tales of Arise Beginner’s Guide – Everything You Need To Know

What are you playing this weekend?

Quick Beats: Streets Of Rage Composer On Musical Heroes And The Series He’d Love To Work On